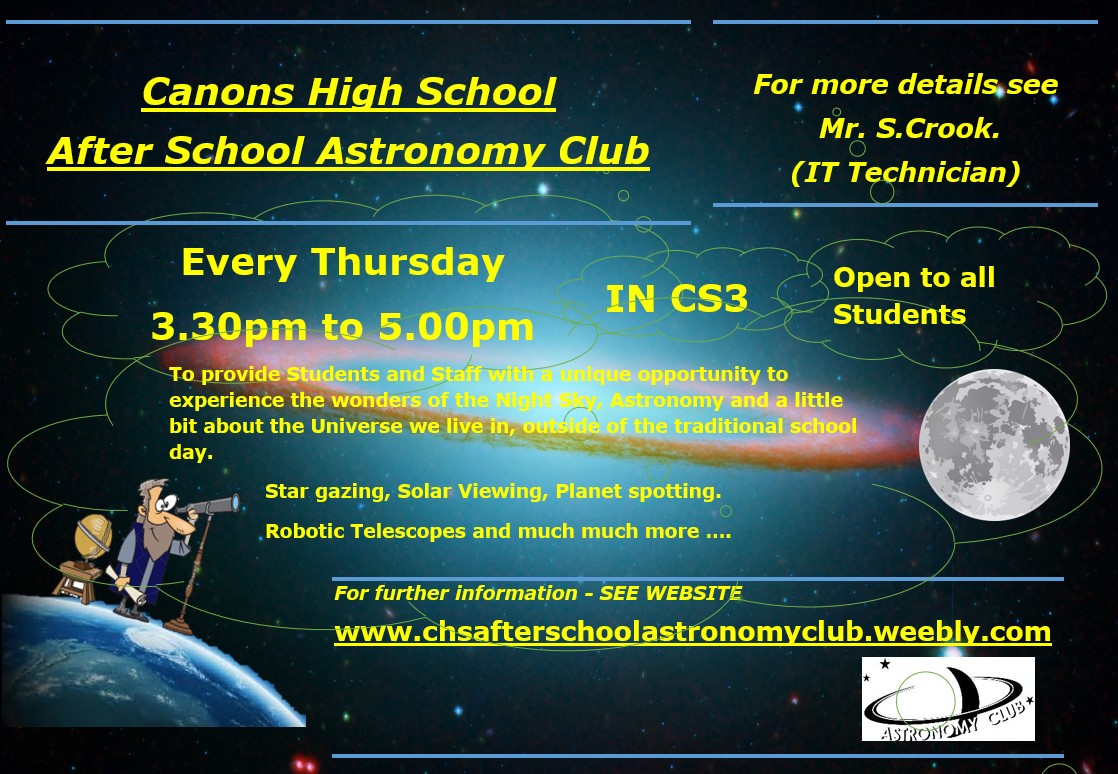 To provide students and staff with a unique opportunity to experience the wonders of the Night Sky, Astronomy and a little bit about the Universe we live in, outside of the traditional school day.

Issue 142: Women in Space, April 2022
Sky at Night - 18 amazing facts about Astronomy
Astronomers work out when the first stars shone
​
They say that this period, known as the "cosmic dawn," occurred between 250 to 350 million years after the Big Bang.
The results indicate that the first galaxies will be bright enough to be seen by Nasa's James Webb Space Telescope, which is set to be launched later this year. 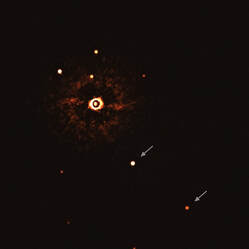 Credit: ESO/Bohn et al.
First Ever Image of a Multi-Planet System around a Sun-like Star Captured by ESO Telescope

The European Southern Observatory’s Very Large Telescope (ESO’s VLT) has taken the first ever image of a young, Sun-like star accompanied by two giant exoplanets. Images of systems with multiple exoplanets are extremely rare, and — until now — astronomers had never directly observed more than one planet orbiting a star similar to the Sun. The observations can help astronomers understand how planets formed and evolved around our own Sun.

There's a wind that emanates from the sun, and it blows not like a soft whistle but like a hurricane's scream.
Made of electrons, protons, and heavier ions, the solar wind courses through the solar system at roughly 1 million miles per hour, barreling over everything in its path. Yet through the wind's roar, NASA's Parker Solar Probe can hear small chirps, squeaks, and rustles that hint at the origins of this mysterious and ever-present wind. Now, the team at the Johns Hopkins Applied Physics Laboratory, which designed, built, and manages the Parker Solar Probe for NASA, is getting their first chance to hear those sounds, too.

Is the first mission dedicated to searching for exoplanetary transits by performing ultra-high precision photometry on bright stars already known to host planets. The mission's main science goals are to measure the bulk density of super-Earths and Neptunes orbiting bright stars and provide suitable targets for future in-depth characterisation studies of exoplanets in these mass and size ranges.

ESA’s mission to the Sun has been unpacked following its arrival in Florida earlier this month, ready to begin pre-launch testing and checks.

About TESS
The Transiting Exoplanet Survey Satellite (TESS) is the next step in the search for planets outside of our solar system, including those that could support life. The mission will find exoplanets that periodically block part of the light from their host stars, events called transits. TESS will survey 200,000 of the brightest stars near the sun to search for transiting exoplanets.Ckl 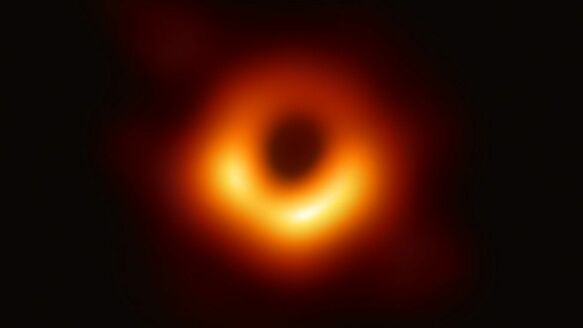 
Astronomers have taken the first ever image of a black hole, which is located in a distant galaxy.
It measures 40 billion km across - three million times the size of the Earth - and has been described by scientists as "a monster".
The black hole is 500 million trillion km away and was photographed by a network of eight telescopes across the world


NASA’s Parker Solar Probe is on its way for a rendezvous with the Sun. A United Launch Alliance Delta IV Heavy rocket, carrying the spacecraft, lifted off at 3:31 a.m. EDT, from Space Launch Complex 37 on Cape Canaveral Air Force Station in Florida, its engines blazing golden in the clear night sky during ascent. 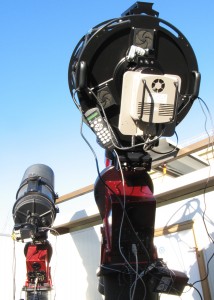 Enjoy the real Universe from your desktop, live!

Welcome to the Virtual Telescope Project, a very powerful set of real,  robotic telescopes, remotely accessible online, through the Internet for your very own astronomical experience! Here you will learn about its many features, making it a unique and leading facility in the world.

Take your time to surf this site, introducing our activities, scientific researches and services for the international community. Discover what the Virtual Telescope can do for you and your interest for the Cosmos: both professionals and amateur astronomers will find  an amazing tool, as well as first rate assistance and support, making the Virtual  Telescope a very highly respected facility in the world with a legendary reputation.


Furthermore, you can join our public, online observing sessions, commented live by our astrophysicists,  and meeting other friends from all around the globe.

No matter your skills, the Virtual Telescope will make easy for you to get outstanding, real images of the sky or scientific data, also offering amazing tours of the Cosmos.

Artist’s representation of the “habitable zone,” the range of orbits where liquid water is permitted on the surface of a planet. CREDIT: PETIGURA/UC BERKELEY, HOWARD/UH-MANOA, MARCY/UC BERKELEY
One in five stars has Earth-sized planet in habitable zone

“What this means is, when you look up at the thousands of stars in the night sky,
the nearest sun-like star with an Earth-size planet in its habitable zone is probably
only 12 light years away and can be seen with the naked eye.” – Erik Petigura

Scientists from University of California, Berkeley, and University of Hawaii, Manoa,
have statistically determined that twenty percent of Sun-like stars in our galaxy
have Earth-sized planets that could host life. The findings, gleaned from data
collected from NASA’s Kepler spacecraft and the W. M. Keck Observatory, now
satisfy Kepler’s primary mission: to determine how many of the 100 billion stars
in our galaxy have potentially habitable planets. The results are being published November 4 in the journal Proceedings of the National Academy of Sciences.